We Love our Long Ears!!

We have a few pictures of our beautiful English Lops that we would like to share.  Check out our Bucks and Does on the subpages... 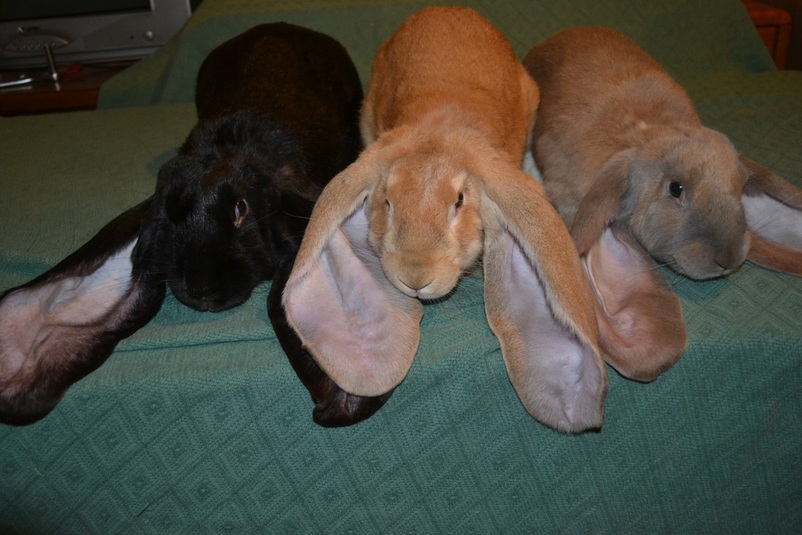 
From Wikipedia,
the free encyclopedia


The English Lop is a fancy breed of domestic rabbit that was developed in England, in the 19th century through selective breeding, and is  believed to be the first breed of lop rabbit developed by humans, and possibly one of the oldest breeds of domestic rabbit.  Averaging 11 pounds (5.5 kg), the  English Lop is characterized by its distinctively long lop ears, bold head and large body size, and can live up to five years or more.

As the first breed of lop rabbit, the English Lop was one of the first fancy breeds of rabbit developed in England, in the 19th century for the purposes of exhibition as a response to rise of animal fancy and consequently the rabbit's emergence as a mainstream household pet during the Victorian era, marking a departure from the earlier role of domesticated rabbit breeding for meat, fur and wool production. Later, the English Lop was bred with other Continental giant breeds of rabbit gave rise to a number of new breeds of lop rabbit, including the French Lop, which developed from breeding between the English Lop and Flemish Giant, and the Holland Lop, which was in turn developed from the French Lop and the Netherland Dwarf.   It is thought that the English lop got the large ears because in the Algiers it was hot and with the big ears they  kept cool.